How to Rip and Copy Blu-ray under macOS Sierra

Mac users rush to update to macOS Sierra, and finally find some applications are not available on the newly macOS, Blu-ray Ripper for Mac for example. Top macOS Sierra Blu-ray ripping software is shared here, with a rundown of all the highlights and (homemade & encrypted) Blu-ray ripping on macOS Sierra guidance included. You are free to copy, rip and convert Blu-ray on macOS Sierra to ISO Image, MP4, AVI, MOV, MKV, iPhone iPad Apple TV and more. 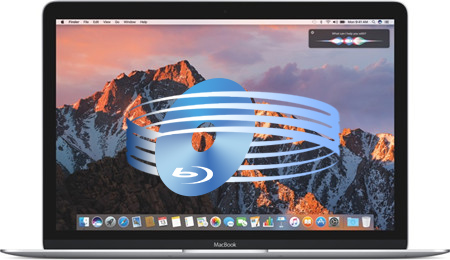 Till now, there are many programs out there that allow us to make copies of our Blu-ray discs on macOS Sierra. If you are seeking for the best video output quality, fastest video conversion speed, and the most formats supported, EaseFab Blu-ray Ripper for Mac, which keeps pace with the Mac’s latest system, will be your best choice. Also it has other features that will impress you!

Overal, the program prefers to bypass the encryption immediately after it appears, stripping the protection before playback software recognizes the disc, and it can always catch up with the latest Blu-ray copy protection variant. And the Blu-ray backup software is very easy to use for Blu-ray backup and ripping under Mac OS X (macOS Sierra, El Capitan, Yosemite, Mavericks, Mountain Lion, Lion and Snow Leopard included).

Install and run the Blu-ray Ripper for MacOS Sierra, insert your Blu-ray disc into the BD Drive (necessary for ripping Blu-ray discs) that connected to your Mac computer. Then click the “Load Disc” button to have movies uploaded to the program. Here you can also import DVD folders, ISO files and IFO files to convert. At the bottom, you can select your desired subtitle and audio track. 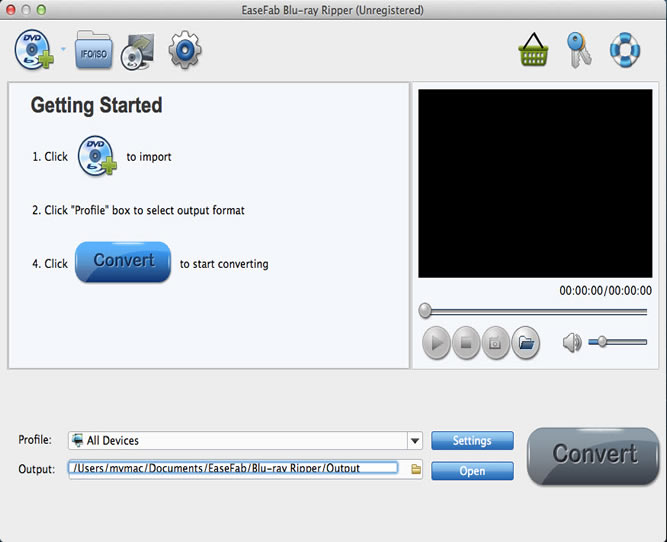 Select the output format as you want. With the help of best Blu-ray ripper for MacOS Sierra, you can easily rip Blu-ray to the video formats you desire like Blu-ray to MP4, MOV, iTunes, Final Cut Pro, Adobe Premiere, iMovie, iPhone, iPad, Android, etc.

After steps above, tap “Convert” button to start to rip Blu-ray discs on MacOS Sierra. After the conversion is complete, you can enjoy the Blu-ray movies as you like on MacOS Sierra without any hassles.

Part 2: How to backup Blu-ray discs on MacOS Sierra

Insert the Blu-ray disc to the Blu-ray drive or DVD to the DVD-ROM, then click the “Load Disc” button to add videos.

Specify a folder to store backed-up video files in the Browse field. (Note: if you are backing up a Blu-ray disc, please make sure the storage place is around or above 30GB.)

3. Choose and start to backup

Tips: A title may consist of many chapters. Select Show Chapters from the Edit menu, and then the chapters appear under each title. You can select the chapters which you want to convert.

Read More:
Rip/Convert Blu-ray to MP4 Easily and Quickly
How to Rip and Import Blu-ray movies to iTunes
How to Copy Blu-ray/DVDs into Synology NAS for Streaming